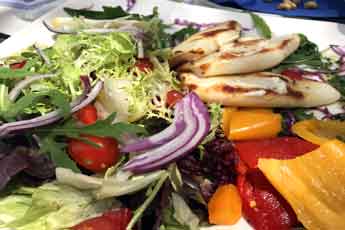 So that the beach day in Mallorca is also culinary successful, there are the so-called chiringuitos. More or less simple beach bars, which are not a Mallorcan phenomenon, but can be found all over Spain. Over time, they have changed extremely.

According to the Real Academia Española, the chiringuitos are simple kiosks or drink stands. Today the transition from a simple beach hut to a posh restaurant is fluid, although chiringuitos still have to be built in such a way that they can be broken down in autumn.

Chiringuitos offer drinks, ice cream and snacks, but also wholesome dishes. There is everything that Spanish cuisine is known for: from tapas to paella to hearty meat dishes. However, what comes directly from the nearby sea is particularly popular. Fish and seafood are often grilled right in front of the chiringuito.

Many chiringuito are hardly recognizable today and impress with their noble shine. Many operators, who have to pay high concessions each year, have recognized the value of the location, including the sea view, and offer fine cuisine in a classy atmosphere. Others have retained their traditional charm and offer fresh and delicious cuisine at affordable prices.

Chiringuitos offer restrooms on the beach

For the Spaniards, a chiringuito is an integral part of the beach day. Not only because there are often public toilets here, of course, where you can also change. The Spanish beach bars typically open in the late morning and are open until early evening. Most are closed in the winter season, also because they often have to be dismantled.

The first chiringuito was opened in 1913 in Sitges, a seaside resort near Barcelona. Although the authorities have acted rigorously in recent years and have closed dilapidated beach bars, for example, there are still around 70 of them in Mallorca.